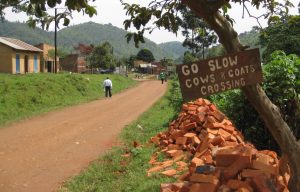 A village road (prior to lock down)

“Esther”, one of the three women we are sponsoring to train as a psychiatric clinical officer sent a message telling us how things aren’t working for her in Uganda.

They were sent home from the training school in Kampala when all institutions were closed by the Government. They were told that when they came back they will have to sit exams on what they would have been taught, had they been in school. They have been given the teaching notes on their computers, so they are expected to work from those.

She lives at home with her parents, some miles from the hospital. She hoped to be able to work in the hospital once she was home, but because of the ban on public transport she can’t get there. Not even the ubiquitous boda bodas, the motorbike taxis, are allowed to move.

Consequently, Esther is working with her parents on their small farm during the day, so they have some food to eat, and she studies as best she can in the evenings.

Many people in Uganda only earn enough to live on for a day or two at a time. This lockdown is causing severe problems, especially for the poorest who have no reserves.

It is possible that the lockdown will be lifted on 5th May.

A life changing story of an 8-year-old is worth sharing. 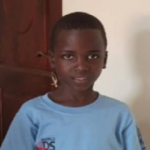 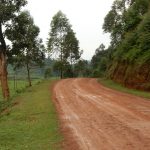