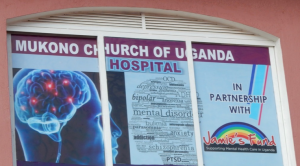 Our friend and colleague Lamet is a clinical officer in the Church of Uganda Hospital in Mukono, a township a few miles outside Kampala. He thought this story worth sharing: we think he’s right!

Suleiman, just 8 years old, lived with a disabling illness for 6 years until Mukono Church of Uganda Hospital (MCOUH) with Jamie’s Fund offered him a new life. His mother lights up with much joy as she looks back and the realisation of how her son’s life has been changed for the best.

Teopista and Henry, Suleiman’s parents, are peasant farmers in a rural remote area of Uganda. They could barely afford any resources to save the life of their child.

They were blindfolded by their traditional beliefs into accepting that Suleiman’s situation was permanent, not knowing that this was an illness that could be treated.

“Suleiman has been a survivor and strong fighter. I have had nine children, five of whom have passed on, leaving me with four”, his mother says.

Teopista goes on to say in agony that her son had been born at home instead of in hospital because the closest health facility was 75km away.

At the tender age of two, Suleiman started experiencing a lot of painful attacks characterised by loss of consciousness and stiffness of the body. The attacks became more frequent every now and then and began to endanger Suleiman’s life. 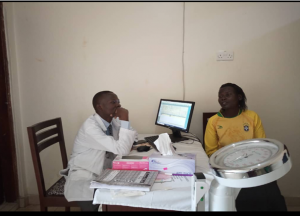 This illness is known as “Ensimbu” by local people, and associated with evil spirits. Suleiman’s parents first ignored it until he turned three years.

Teopista says, “The village elders advised us that the only way we could get our son healed was to please the ancestors through making sacrifices because this illness was a sign that they are unhappy about us.”

This condition was assumed to be a curse on their family and so they continued seeking ancestral guidance and healing through sacrifices for the following 4 years. But there was no improvement but rather increased severity of the attacks.

” My son was increasingly deteriorating both mentally and physically, thus I gave up”

At the age of 8, even though Suleiman’s condition had not resolved, his mother tried to enrol him into a nearby private school so that he could at least learn how to write his name and to read a few little things.

However, this became expensive, and most of Teopista’s income was coming just from her small garden. There was no help from her husband whose only work then was drinking alcohol from morning to sunset.

While at school, Suleiman’s major challenge was stigma from both the teachers and his fellow learners. They kept on laughing and calling him unpleasant names like “possession child”. They would not associate with him because they thought that his illness could spread to them.

After just a month, Suleiman had a terrible attack while at school that almost cost his life. He spent about 4 hours unconscious. “The next day, he refused to go back to school mainly because of the insults and humiliation” mother said.

“It was a Sunday around 9:30 am. A team from MCOUH visited our church to health educate us about mental health services at the hospital.” Teopista reports.
She added “I seldom went with my son to church due to fear of embarrassment, but that day I was the happiest person to receive such information, I was so humbled and will never forget that day in my life”

Teopista says that day the light of hope dawned in her family.

Lamet takes up the story: “It was a Friday morning; I saw a worried, humble woman holding a very weak child in her hands. The child had a big scar on the right leg. I found out later on that he had at one time fallen into the fire in their home.” 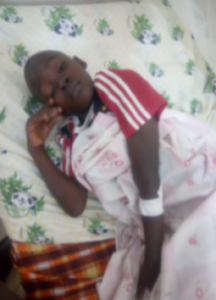 On thorough assessment, Suleiman had long been battling with epilepsy. Unfortunately, in the middle of the interview he went into ‘status epilepticus’, and the fits kept coming continuously. He was reported to have had multiple attacks over the previous days.”

I admitted Suleiman, and as we managed the seizures, so he stabilized.”

“Whenever I reviewed this child on the ward, the mother would say “The rest of my hope lies here” and this statement made me reflect and think more deeply of how much this family had suffered with this illness.

Three days later, Suleiman was discharged home after being initiated on treatment and a review date was set. Mother left the hospital very happy.

On the second visit

Teopista never gave up fighting for her son’s life and not at any time did she think of doubting the team that was working on her son.

Suleiman had had just one single attack in a month while on treatment. This was amazing to both mother and son.

“My son’s dream of continuing with education has been reborn ” she said. Suleiman could not stop telling his mother of how he wants to become a doctor.

The new changed life of Suleiman is worth celebrating 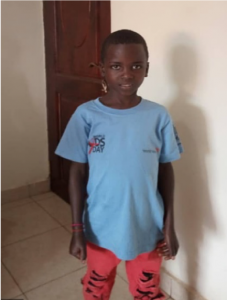 Suleiman is attending the mental health clinic at MCOUH every first Friday of the new month. He has shown great improvement on treatment and is cooperating very well with taking the medication.

He has been re-enrolled back to school and has started his first year in a nearby school. The family is so grateful for the services supported by Jamie’s fund at MCOUH.

Every single day, we get children like Suleiman who have long been battling silently with their own lives to fit into society, especially because of the stigma associated with the illness they bear.

Thanks to Jamie’s Fund

You will probably know those friends who are perpetually there for you any time you need them. They easily sense when you need them and immediately engulf around you and turn your worst nightmares into big smiles.

It is the reason we shall continue to be most grateful to our partners – Jamie’s Fund – for supporting the mental health of our dearest communities.

If you would like to contribute to the work Jamie’s Fund is doing in Uganda, please click on the Donate button above. 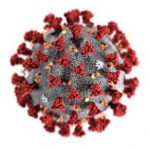 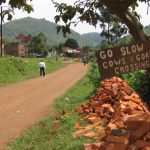 Covid 19 “Lockdown” affects many aspects of life.
Scroll to top