These words were written by Jamie’s parents in 2011:

“We are the proud parents of Jamie Devaney, who was born on 27 February 2007.

Avril (Jamie’s mum) is the Director Of Nursing at Cheshire And Wirral Partnership NHS Foundation Trust (CWP) and as part of her job, is lead for a project to establish a link with the mental health ward at Kisiizi Hospital, Uganda. Following a scoping visit in July 2010 it was agreed with staff at Kisiizi that a vehicle would enable the mental health team to improve care by developing community based services.

In response to this a challenging bike ride was organised by supporters of the link for July 2011 from Kampala to Kisiizi Hospital to raise money for the vehicle. Jim (Jamie’s dad) was one of the cyclists and Jamie travelled by car to Kisiizi Hospital with his mum to wait for his dad to arrive. Soon after arriving at Kisiizi, however, Jamie fell ill. We believe that he had picked up an infection either in England before he left, or soon after he arrived in Uganda. He was exceptionally well cared for at Kisiizi Hospital. As he became more seriously ill, he was taken by air ambulance to Gertrude’s Children’s Hospital in Nairobi, Kenya.

Although Jamie received excellent care the impact of the toxins on his body was overwhelming and he died peacefully in intensive care at Gertrude’s Children’s Hospital on July 25 2011, twelve days after becoming ill. He was only four years old but during those four years Jamie brought immense joy and pleasure to his family, and everyone else who was fortunate enough to know him.

Jamie had a lovely sense of humour, way beyond his four years, and a cheeky, endearing smile. He was exceptionally kind and gentle with everybody. His curiosity knew no bounds and he relished life and was looking forward to seeing more of what Africa held, including the lions, elephants and hippos.
As his parents we know Jamie was perfect and we will always be glad we have such wonderful and precious memories of our time together as a family.

Jamie’s short life has touched so many people in the UK, Kenya, Uganda and beyond. We are keen to ensure that his life continues to benefit others. Following initial fund-raising through CWP we have determined to set up an independent Memorial Fund that can benefit not just the development of mental health services at Kisiizi hospital but also more widely throughout Uganda.”

As Jan, a CWP staff member said, ‘Jamie’s legacy is the unity between Kisiizi and ourselves. Let him stand for this and his spirit live on forever’.

Initially Jame’s Fund focused on funding a new mental health centre at Kisiizi Hospital. This will form the foundation for the essential development work needed in wider mental health care in the region.

However, we have a vision that the work begun at Kisiizi should be extended throughout Uganda.

We will ensure money given to the Fund is used well to help people in Uganda. This will be in the communities around Kisiizi Hospital in southwest Uganda, and extending to other hospitals where we are invited to support their work. 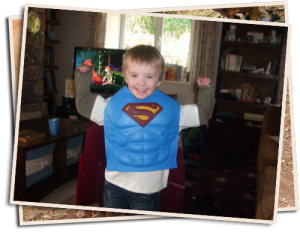 “Jamie’s legacy is the unity between Kisiizi and ourselves. Let him stand for this and his spirit live on forever.”

The plaque shown at the head of this page was generously donated by Peter Morris and Morris Memorials, in memory of Jamie and is proudly displayed at the entrance of the Ahamuza Centre in Kisiizi.

To help people whose lives are affected by mental health conditions in Uganda.