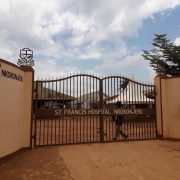 As much of the world has been engaged in coping with the Covid 19 pandemic, we have been keeping in touch with our partner hospitals in Uganda. We were keen to understand the challenges they have been facing, and how they have been responding. Towards the end of May, we contacted all our active partners, and soon had replies from nearly half of them. 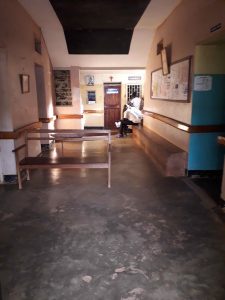 All hospitals have faced reduced income, because their training schools have been closed, and fewer patients are coming for treatment. In some cases, numbers attending are 25% of what they were. The barriers for patients are lack of money and lack of transport as public transport had been banned for some time, only now beginning to be allowed again, with increased spacing.

The hospitals have the frustration of seeing drugs in their pharmacy being wasted as they go past their expiry dates.

Mental ill health is on the increase, not only because people are unable to access treatment. Poverty and isolation can tip vulnerable people into mental ill health, as anxiety, depression, and suspicious beliefs run unchecked. And hospitals are noticing an increase in domestic and gender-based violence, drug and alcohol misuse, and teenage pregnancies. 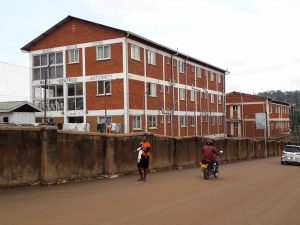 General health is suffering too, as people are less able to access child immunisation programmes and regular HIV clinics or access emergency treatment. As people delay seeking treatment in the early stages of illness, they are more often becoming severely ill and less likely to recover.  The number of deaths from Covid has thankfully been low, but many people have suffered in other ways due to the virus and wider impact of the lockdown both on health and on the economy.

Despite having a fraction of the resources available to us, hospitals have done their best to respond to the crisis. They have provided transport and temporary accommodation for their staff to enable them to be at work. The mental health teams have reached out to their communities with phone calls and radio broadcasts, encouraging people to come in for treatment. They have set up informal helplines. They have gone out to bring people in who were at risk of becoming mentally unwell. And they have done their best to keep everyone safe, with social distance and available PPE.

Uganda has its Healthcare Heroes too! 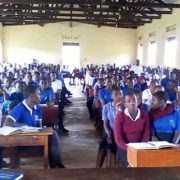 An Important aspect of mental health work in Uganda, is to offer the local community an alternative understanding of mental ill health. Traditional beliefs about epilepsy and mental ill health can be unhelpful, and delay or prevent the person accessing healthcare. After all, if you believe that your child’s fits are because he or she is cursed, why would you go to the trouble and expense of taking the child to a hospital or health centre? Likewise, if your relative’s erratic thoughts and behaviour are apparently caused by witchcraft or sin, how could a clinician help? And these traditional beliefs can be very strongly held, even beyond the more isolated rural places, and by well-educated people.

Jamie’s Fund has been supporting Ugandan healthcare staff to inform local people as well as to treat them. Many of the hospitals we know have been spreading the word since the first mhGAP* training course we sponsored in 2018. Mukono Hospital just east of Kampala has reached thousands of people by giving mental health talks at local churches, straight after the services. St Stephens Hospital in Kampala has reached out to local youth among the urban poor in their catchment. Other hospitals such as Kisiizi, Bwindi and Kagando routinely deliver a community mental health message every time they arrive for an outreach clinic. 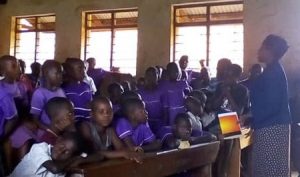 Georgious, the PCO (Psychiatric Clinical Officer) leading the service at Kisiizi, just sent us a report of the mental health awareness programme they started in December 2019. Between then and February, they visited 3 Primary Schools, 2 Secondary Schools and one of the churches. You can see images of some of their activities here. Travel restrictions to control the spread of Covid 19 have now halted their programme until further notice, but they have plans to resume as soon as they can. 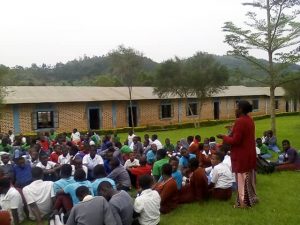 The Covid restrictions in Uganda have also put a temporary halt to Kisiizi staff holding their regular outreach clinics. But the good news is that, because staff from 5 Health Centres were included in Kisiizi’s mhGAP training rollouts, they have been able to continue to treat 35 to 45 patients every month in the outlying areas. The figures Georgious has given us show another important achievement; that the number of new patients is now small compared to the number of repeat attendances (9 new to 272 repeats); this means that people who need it are being maintained on treatment and followed up effectively. Great work Georgious and the Kisiizi mental health team!

*mhGAP is the World Health Organisation programme to train non-specialist healthcare staff to recognise and treat the common presentations of mental ill health and epilepsy.