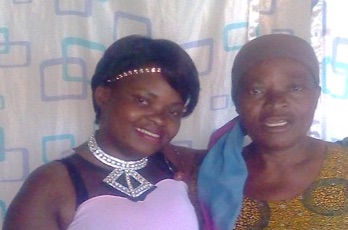 In most African countries there is no such thing as a welfare state. Families try hard to give their children a good education, with the hope that they will get well paid jobs and take over the support of the younger children – particularly the payment of school fees.

Jane is the only girl in her family, the eldest of eight – seven brothers! She did well at secondary school, and with the hopes of her parents invested in her, she achieved a degree in accounting at Makerere, Uganda’s top university.

Jane got a job at a high performing accountancy firm. She was able to pay the school fees for her brothers, and to take good care of her parents. She thought she could now aim higher, and set out to gain a postgraduate diploma.

At this point when Jane’s life appeared to be going very well, she experienced some stress and her mood began to go down. She lost concentration and both her work and her studies suffered.

Then came a dramatic change in mood, which went up to way above normal, too active and overtalkative. When she became irritable and argumentative, that did it: she was immediately fired from her job.

“When someone has physical pain, they can go to the hospital and tell the doctor that I have pain here, but my challenge is that I had pain but it was not physical. I lacked the person to talk to, it was killing me silently” she says.

Bipolar disorder is a serious mental illness common all over the world. You can control the moods to some extent with medication, but talking about the illness and learning how to manage it is one of the crucial treatments. The mental health team at Mukono Hospital, supported by Jamie’s Fund, are great at offering time to talk as well as giving out the right pills.

Jane’s family didn’t seek treatment at first because they didn’t even know that what was happening with her was a mental problem that could be treated. They just looked on and when she was out of control, they locked her inside the house.

“We saw it as an embarrassment in our family and we didn’t ever want the community to know about it” her mother says.

“It was only when a family friend told us about the initiation of mental health services that we went to Mukono Church of Uganda Hospital.”

As Jane eagerly agreed to treatment, so mum readily agreed to become an ambassador for mental health in her community, happily celebrating her daughter’s new life.

After just two months there was a clear improvement and Jane was happy and well. She was continuing to attend the hospital for her regular treatment sessions, but as with most patients who live some distance from the hospital, it’s likely that the lockdown conditions will have prevented her getting her treatment at times.

All of the teams supported by Jamie’s Fund face huge challenges in supporting their patients and enabling them to continue with their treatment. Not so many people in rural areas have access to phones – for on-line psychotherapy! – and they normally receive their medication from the team in the clinics at the hospital or village health centre. The results of the virus and especially the very strict lockdown, may be far reaching and far more damaging than anyone will be able to measure.

Please remember people with mental illness and epilepsy in Uganda, and the teams who care for them with so much love and devotion. 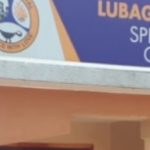 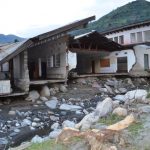 Kilembe Mines Hospital; a Story of Resilience
Scroll to top