As I have cycled the leafy lanes of North Wales, I have been reminded of the challenge that many mental health patients face in Uganda.  Where I can simply jump in a car and go and see someone (or at least I could if things were “normal”), many people in Uganda simply have to walk.  This is true especially for those going to hospital or to a health centre.

For those seeking help with their mental health, this is a cost not only for them but also for anyone who accompanies them because it takes them away from any sort of economic activity.  When you add in the cost of treatment as well, it becomes an almost impossible burden for many families – and that’s where Jamie’s Fund makes a difference.  By encouraging hospitals to go TO the patient we are able to remove many of the costs for the family and have enabled the changing of many lives. 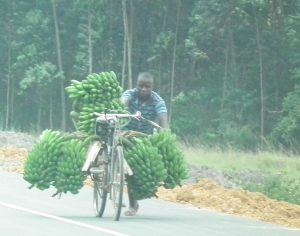 As I labour up the next interminable hill, I think of the people taking their bananas to market to earn a few shillings.  I’ve used a picture  of some of these people on my fundraising page partly because it shows bicycles in Uganda but more because it reminds me that whatever pain I’m going through they have to do this day in and day out.  Cycling is not a leisure activity but an essential means to sustain life.

And then, reaching the top of the hill and levelling out for a few hundred yards I fall into a reverie until a loud “PLOP” on the road in front of me wakes me abruptly and my heart pounds.  My initial reaction is that a very large bird has just passed over, but I then realise that it’s a squirrel that has fallen out of a tree – no doubt itself woken by the sound of my laboured breathing!  And then I’m further startled as the squirrel scuttles back up the tree. 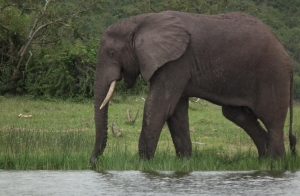 Again, I’m reminded of the contrast between the UK and Uganda.  Here, in our relatively rich country, we have many small animals, some beautiful birds and even large animals like deer – but it’s nothing compared to Uganda.  While Uganda has little wealth and many people live on the edge, the country itself is rich in wildlife although much is endangered: beautiful birds, amazing butterflies and of course some incredible large animals, elephant, hippo, zebra, lion and my favourite, gorillas. 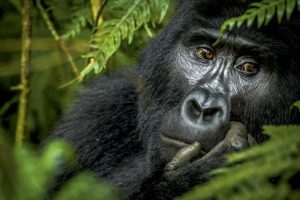 And that only makes me reflect on encounters with some wonderful people I’ve met, ill with mental health issues and often speaking languages I can’t understand.  In contrast to them, I have everything I need (and more), live in relative comfort, have access to health services and supermarkets, have many more than one change of clothes, have cash in my pocket and a car on the drive (as well as a bicycle in the garage). But as we exchange glances and perhaps communicate through one of the nurses, it is another special moment as our common humanity comes through: 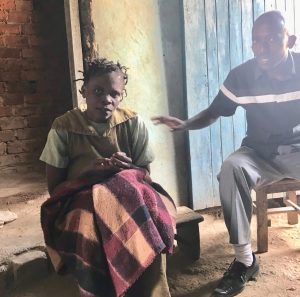 Yes, we a separated by geography, language and material wealth but we are both human and that makes us very much the same and I’m pleased that everyone who has been involved with Jamie’s Fund over nearly ten years has made a difference to the lives of other people in an often forgotten corner of the world.

And at last, home!  Safe! With a few more miles under my belt (what a silly expression!) and after a shower and a sleep ready to do it all over again – or maybe I’ll just take a walk before bed! 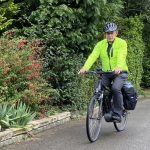 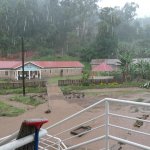