The excellent patient care provided by the Ahumuza Centre at Kisiizi Hospital has been
further enhanced by the addition of two new facilities, paid for by Jamie’s Fund. Just before
Christmas the new kitchen for the use of families was opened behind the women and
children’s ward and a new shelter was built in front of the men’s ward. 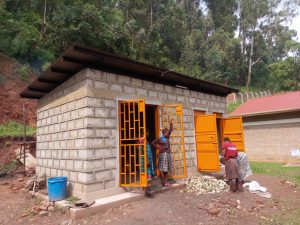 In Ugandan hospitals it is common for patients to be fed by their families and previously anyone wishing to cook had to cross the stream to use the kitchen behind the maternity ward. The new kitchen means that cooking is done close to the Ahumuza Centre. As well as the kitchen itself, storerooms for fuel and supplies have also been built. Fuel efficient wood burning stoves have been installed. These use less wood and also, importantly, reduce the amount of smoke which can give rise to chest and eye problems. 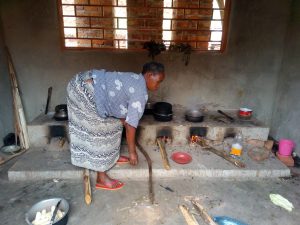 Cooking a meal in the new kitchen. 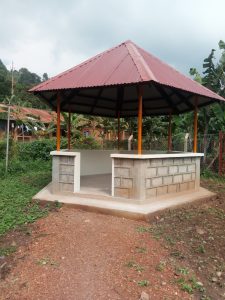 A shelter from sun or rain.

The weather in Kisiizi can be hot if you are sitting in the sun. When it rains, the rain can also be very heavy. A shelter for patients and their families to be able to sit and chat is, therefore, essential. Its location is not only a protection but it also allows people to watch the world go by around the hospital, a pastime we all rather like to do!

If you would like to support the work of Jamie’s Fund by contributing towards mental health
care in Uganda please click on the “Donate” button, now.

CASUAL ENCOUNTERS OF THE USEFUL KIND 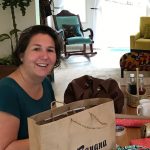 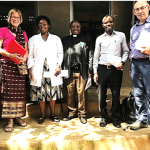