Samuel (not his real name) was first brought by his mother to one of our monthly village meeting points some distance from Bwindi hospital. He was shackled on both hands and legs. His mother reported that he had been sick for 4 years presenting with aggression and violence, talking to himself and adopting unusual positions. He also had beliefs about being persecuted or threatened in some way. His relatives had chained him as they were afraid that he would destroy property and harm the people around him.

When we assessed him, we diagnosed schizophrenia, a serious mental illness. He was given antipsychotic medication in the form of tablets.

On our next visit, a month later, he came in with his mother, but this time he was free from his shackles. His mother said that he had started participating in some everyday activities at home including going with his parents to the land where the family grow their food. When we examined him again his state of mental health and wellbeing had improved markedly, and he was functioning well. He is continuing on treatment. 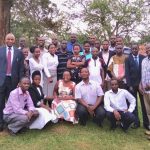 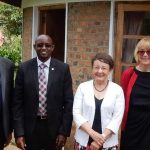 What is happening in mental health services in other hospitals in Uganda?
Scroll to top